All Projects   |   Between Old And New

Between Old And New (9 Photos)

When we google about Tangerang, we will find out that tangerang is a city that is located about 25 km west of Jakarta. It is the third largest urban center  in the Jabodetabek region after Jakarta and Bekasi, now the sixth largest city in the nation. But sadly, there is no significant "urban center" in Tangerang that can be proudly represent itself as one of the largest city in the nation. Tangerang just stands as a shadow city that support the sprawl of greater Jakarta Area. It provides cheaper landed housing for the workers of Jakarta. Many Tangerang citizens will go back to "downtown" Jakarta for recreation.  They will say, "There is nothing to see in Tangerang."   The old Tangerang city center is known as Pasar Lama Tangerang (Old Market). It is a chinatown where the legendary Boen Tek Bio Temple has stood for three centuries. It stands in the middle of Petak Sembilan (nine square) area where the chinese descendant people (known as Cina Benteng) live from generation to generation. As the city grow bigger, the local government built the new market, known as Pasar Anyar Tangerang in 1967. Then the urban center moved between the old and new market as shophouses were built along the street between the old and the new market. Right in the middle of the junction of the street that connect those markets, there is a street that connects the city directly to Jakarta, namely Jalan Daan Mogot.  And right in the intersection, the goverment built the Great Mosque of Tangerang, Al Ittihad. So, this interection is practically the urban center of Tangerang. But unfortunately, there is nothing there except an old and unmaintaind three-way pedestrian bridge. There is no single mark, let alone a landmark that can notify passerby that this street is really an important urban center.   I think the biggest problem here is that there is no significant problem in this street. Of course it is a little bit dense in the morning or evening when workers going to and from work.  But it takes only five or maximum ten minutes traffic jam at its worst. Then the intersection is a little bit quiet with passerby who just pass through quickly heading toward their own destination. It is a dull urban center without any interesting spot that make people want to spend their time there. No wonder that the big six storey building right in this intersection is empty and only the ground floor is currently used. Because there is no significant problem, the local government do nothing to enhance this important urban nodes. So, slowly it is abandoned.   My intention is to revive this important urban nodes to be the vibrant urban center of Tangerang which people find interesting and proud of.  I want to build a landmark right on the most important street in Tangerang to remind the citizen as well as visitors that Tangerang is one the largest city in Indonesia with so many things o offer. There is so many delicious local culinary and interesting handicrafts in Pasar Lama as well as Pasar Anyar that can potentially attract tourists. This landmark will become the new attractive destination for people to visit Tangerang. So, I design a large pedestrial bridge above the intersection with an organic form that is inspired by the dragon and water. Dragon is a mythical creature that is so important in chinese descendant culture while water simbolized the Cisadane river that sustain the life of Tangerang citizens for centuries. This spectacular form, built in steel, will be a new landmark that revive and revitalize the city center for the pride of the citizen, so that Tangerang could now stand side by side with Jakarta as a hip and contemporary city.     .

When we google about Tangerang, we will find out that tangerang is a city that is located about 25 km west of Jakarta. It is the third largest urban center  in the Jabodetabek region after Jakarta and Bekasi, now the sixth largest city in the nation. But sadly, there is no significant "urban center" in Tangerang that can be proudly represent itself as one of the largest city in the natio... 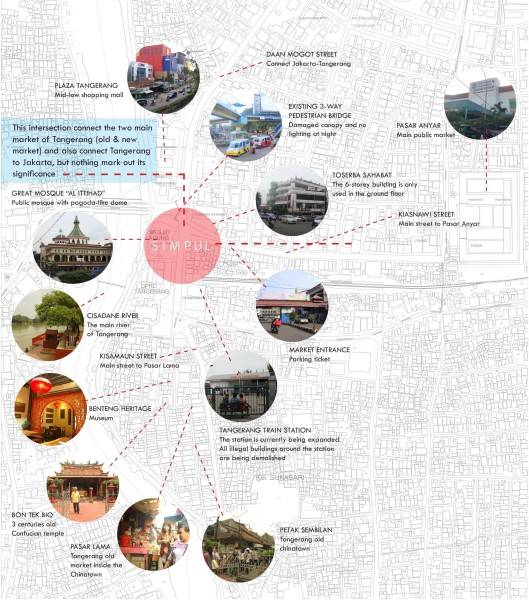 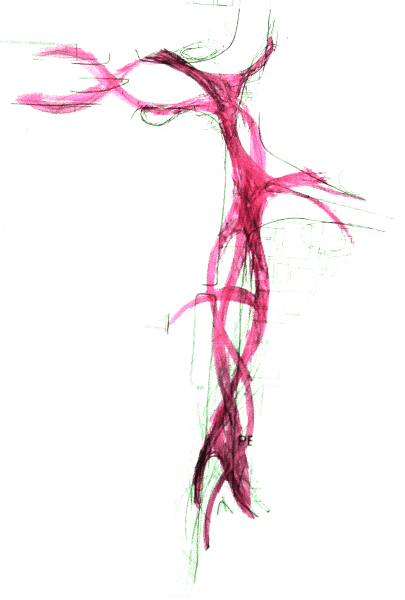 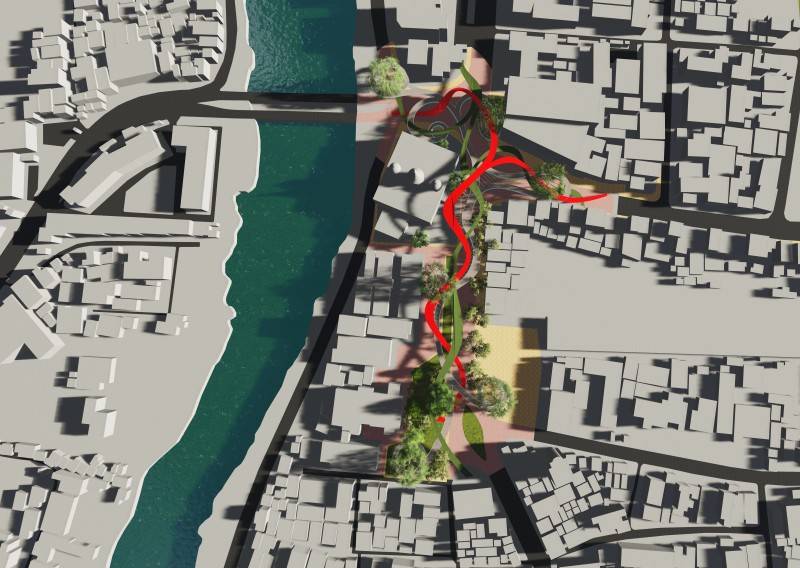 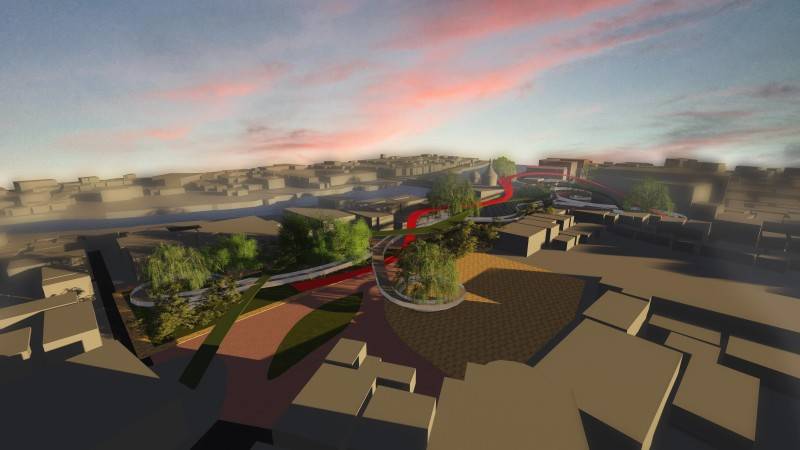 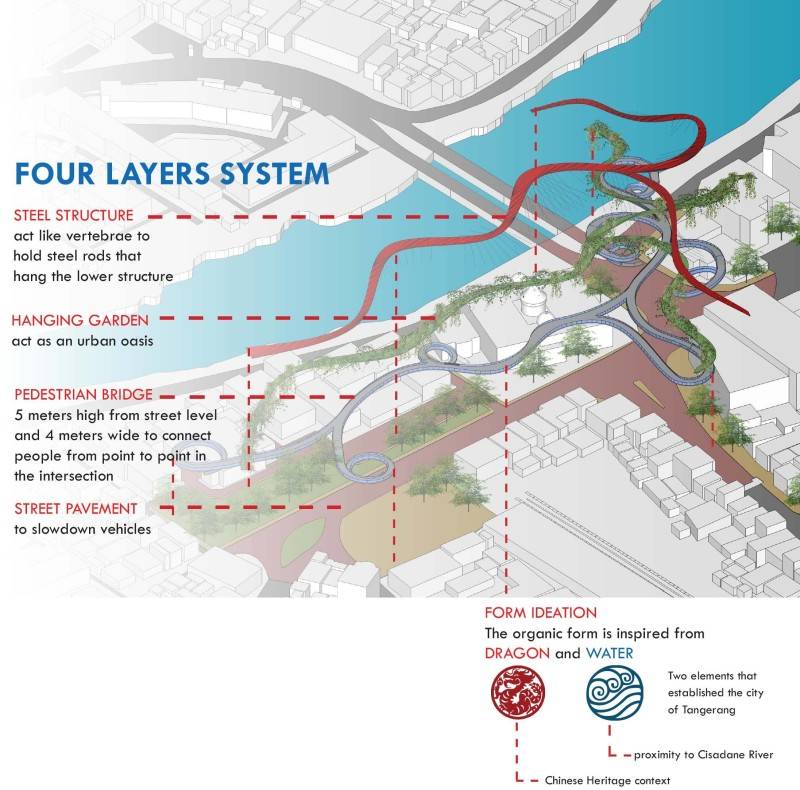 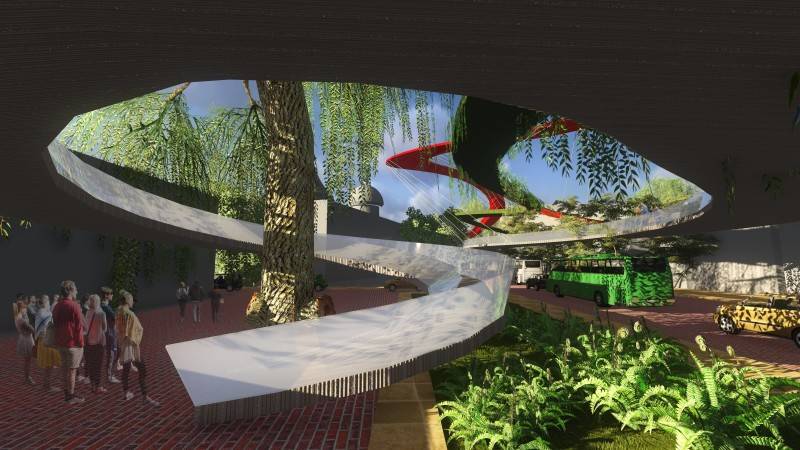 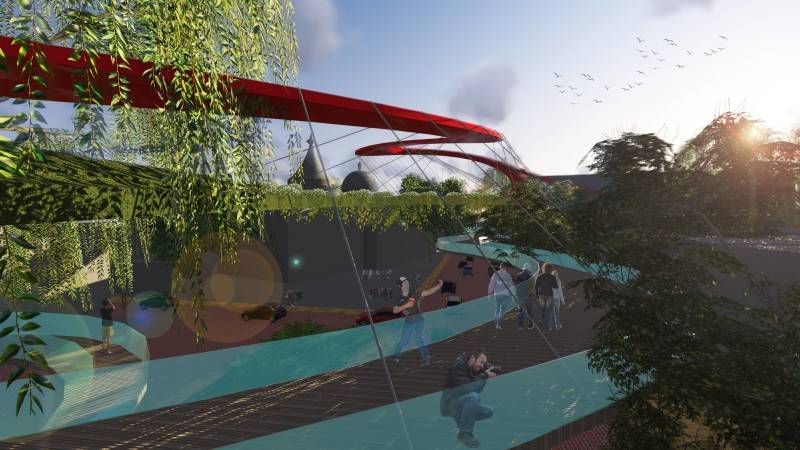 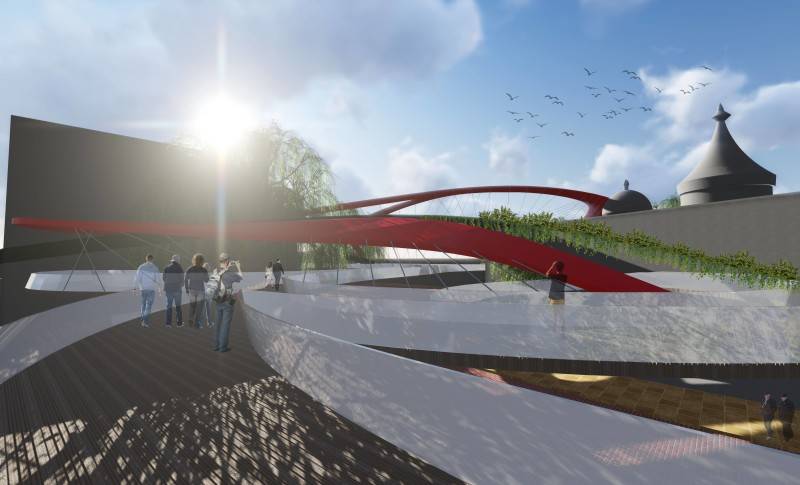 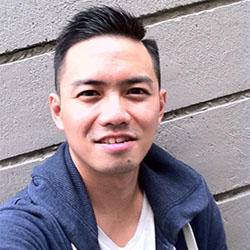