The Line House at Kelapa Gading (9)

The Momo Restaurant and Bar at Senopati (9)

All Projects   |   The Momo Restaurant And Bar At Senopati

The Momo Restaurant And Bar At Senopati (9 Photos)

The Momo Restaurant & Bar focuses on serving Japanese-style food with a modern menu, and the interior goes beyond the elements of traditional typology or a Japanese restaurant. The exterior and interior reflects an industrial vintage aesthetic much favored in todays culinary world. A metal material is used for color and texture in order to avoid high costs, and is widely used in the design. The model bridge construction uses industrial elements such as bolts throughout as details. Housed in an older building that was fragmented by space with a short ceiling, the restaurant was renovated in such a way that the roof is lifted up to create a hangar or warehouse effect, with a ”central bar" in the middle of the room. Columns and beams continue to strengthen existing structures, and revamped with a mirror or cover material similar to wood interior materials. Sensitivity renovation design +/- Existing building with an area of 400 m2, designers require more sensitive to the issue of the existing building structure and space in order to find a gap can be opened with an open design and fused with each other. Starting to see the condition of the old buildings fragmented, attempted to disassemble the entire non-structural wall elements so as to facilitate the design layout tailored to their needs. Moving on after the layouts obtained, by creating a space that was closed, be completely open and visible maintained split-level floor. The condition of the old building roof construction which is very short, requiring removal of the roof construction and made with new construction with lightweight steel roof that can be sustained by the condition of the existing building structure. Now, the building has an open space with a high ceiling so the physical space obtained as needed mimiliki restaurant design capacity of 120 seats. The next stage is to establish the mass of the building in front of him as the looks of the building. Façade of the building is made with an additional construction with steel material, making it easier and faster. Façade mass (visible building) is a form of two masses that appear same / similar to bind the renovation work going on in it and the cover atapyang tilted, so it appears more modern. Both masses are made by forming a greenhouse (skylights) on the left side as the mass reception room (hall), while the mass of the right hand enveloped the room where the floors are split level. The building looks packed in her color-washing effect that resembles a metal material with protrusions resembling industrial model of bridge construction, thus appear harmonious façadenya clad with glass transparency. Arches on the corner of the portal was deliberately done to strengthen the industrial visual elements of the ancient bridge detail. The interior design "Momo" Restaurant & Bar, seeking a unique design with current culinary trends. Expression is made with an open interior with a central bar in the middle and packed with a bandage style restaurant that is modern yet vintage, minimalist yet colorfull, incorporate classic elements in ceilingnya but no glass skylights so while maintaining a modern and stylish kekiniannya, cheerful atmosphere / life, and the feel of urban style, complete with wall paintings (murals) as a visual language of the message name "MOMO" of the meaning of the tree image background "peach" {Momo} with Japanese dressed woman holding an umbrella. The interior design is packed with style visualization industrial_vintage, so drama-style Japanese restaurant modernity is not visible in the interior elements. Material widely used camouflage material to give the effect of metal-style steel construction, either as a backwall, railing / balustrade, stair step, and so on. The other part, is to provide sound insulation pads as dampers on the side wall adjacent to the neighbors to be more technical as soundproof. This field is made with rockwool absorbers and cover color puzzle of imitation leather. Space program, made into three parts, as a semi-basement floor Wine_Lounge area, main floor as an open bar with a dining area that blends with kitchennya open in the back, and Mezzanine floors are intended for smooking area and Vip room.  Building Area : 400 m2 (120 seats)

The Momo Restaurant & Bar focuses on serving Japanese-style food with a modern menu, and the interior goes beyond the elements of traditional typology or a Japanese restaurant. The exterior and interior reflects an industrial vintage aesthetic much favored in todays culinary world. A metal material is used for color and texture in order to avoid high costs, and is widely used in the design. The model bri... 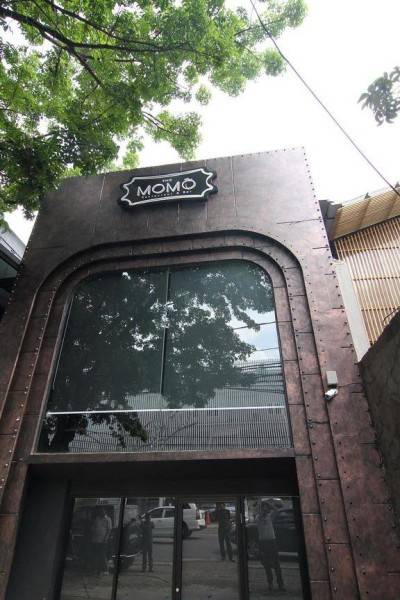 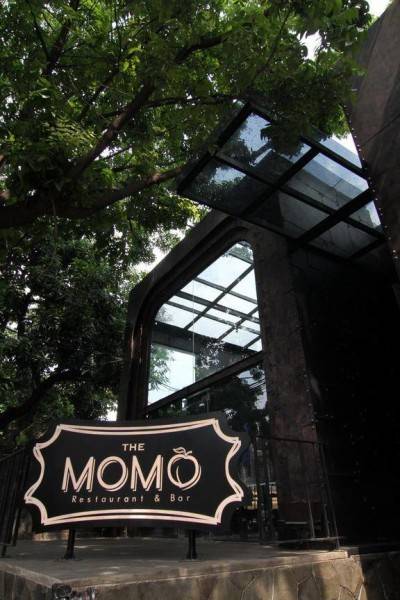 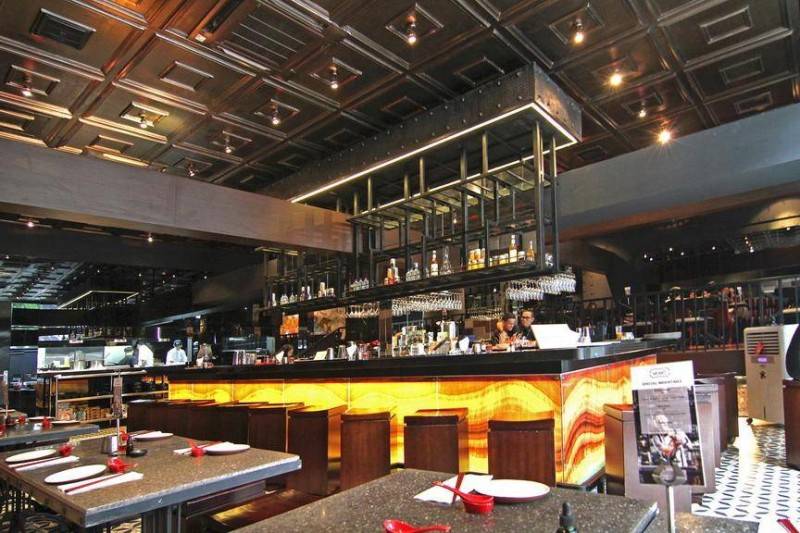 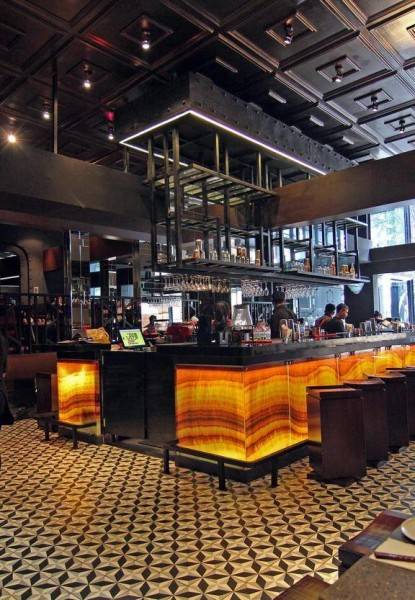 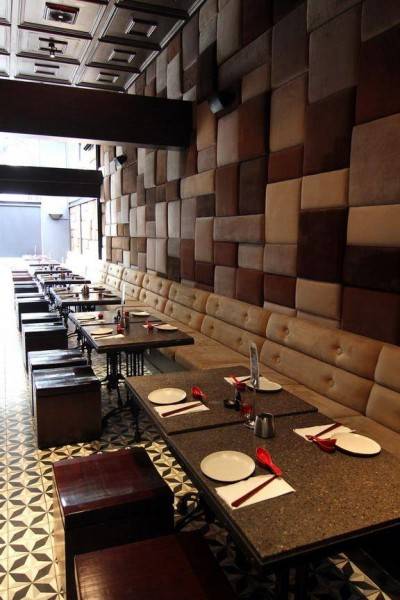 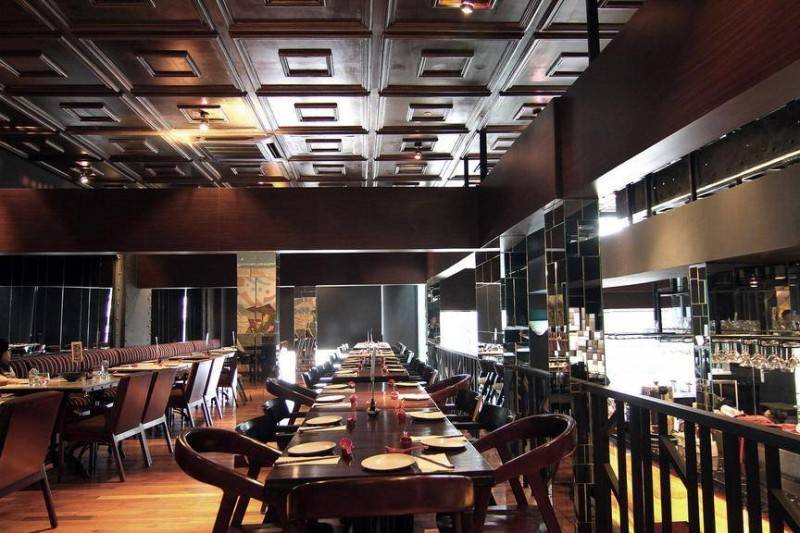 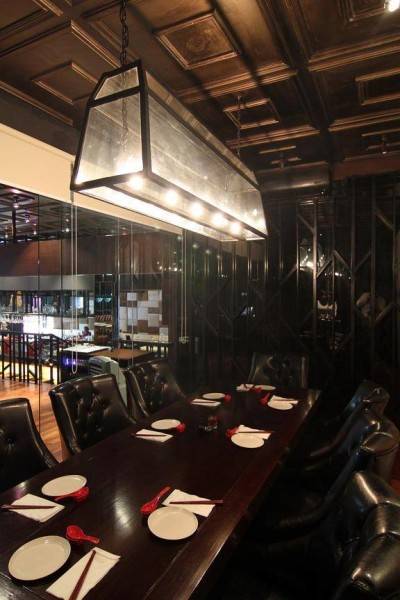 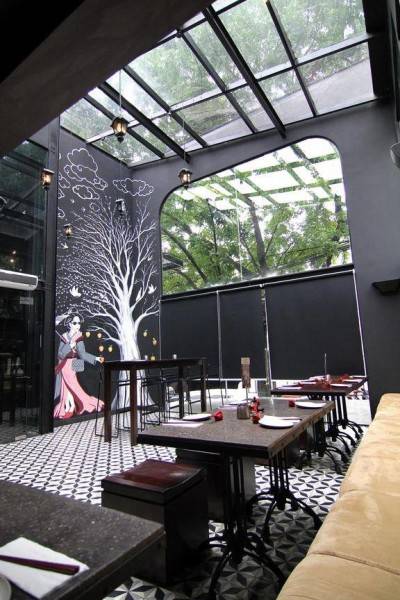 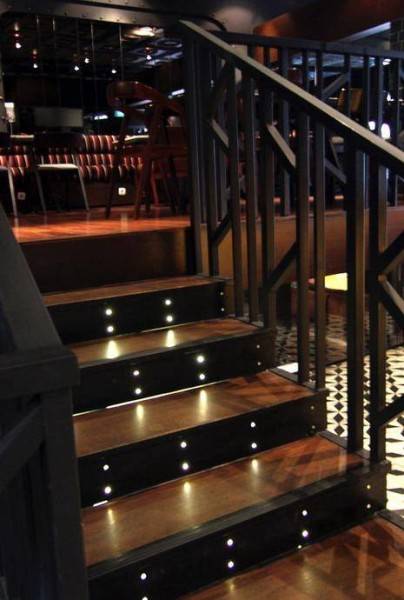 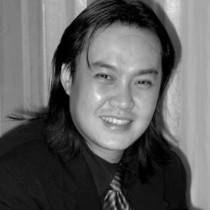